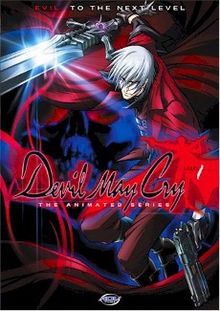 Devil May Cry - The Animated Series

The furthest thing from stylish

Devil May Cry's short anime series tends to get forgotten about, coming out in 2007 not long before the fourth game and being glossed over in the timeline. It sets out with the idea of showing what Dante's time in between games is like, being set between the first and second games and focusing on the minor jobs he does to keep the lights on. It's sort of a monster of the week show, with interlinking plot elements only starting about halfway through.

Those interested in watching it for themselves can find it Here in SD, or on Hulu in higher definition.

To start with good things,the dubbed version has alright actors for most of the main cast, and Dante gets played by his proper voice actor from the games. The animation does it's job well, being done by the same studio as Death Note(And around the same time) with only a few weird bits. The show gives Dante some fun characterization by expanding on his business outside the world saving jobs, and shows how bad he is with money, how practically all he eats is pizza and ice cream, and how he tries to get out of his debts to Lady and Trish(His two business partners). 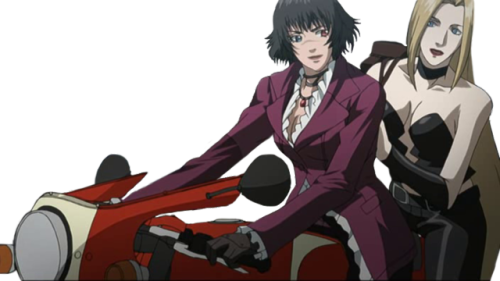 To start on issues, I'll go from least to most egregious. For one, the show can't stand on it's own. You are expected to have played at least the first and third game to know who Dante, Trish and Lady are, because this show gives you very little to work with in exposition on that. References to Dante's background get thrown around in some episodes, but without the game knowledge Lady is just another hunter that Dante owes money and Trish just shows up and acts like he knows her. Then there's the characters created for the show: Patty Lowell, who exists to annoy Dante and is only important in the first and final episodes, and Morrison, who's personality is "I'm here to make the plot start". Both of them go unmentioned in the games until 5, when Patty gets rejected by Dante and Morrison becomes a black man and far more interesting.

Dante himself, despite being the main character and the center of attention, fails to be entertaining. In the games, He's a stylish and fun loving character who likes to make a show and mock his opponents. Here, though, his general attitude is quiet, annoyed, and uninterested in what's happening. He spends more time complaining about his lack of pizza money than he does in fights, and he makes sure to complain about it at the beginning and end of every episode. The worst part about it is that you can hear the voice actor wanting to let the character loose, but he just isn't allowed to, which may well be why he didn't use his real name for the credits. Even if he was allowed to give the character more life, the fight scenes don't go on for long enough to do it. No demon puts up a fight against him until the end, and even then he doesn't take long to get back in action. I don't expect him to be in real danger, but I do expect him to do something cool, and these fights never go on long enough for him to even get a chance. I'm pretty sure his ice cream gets more screentime than his sword. 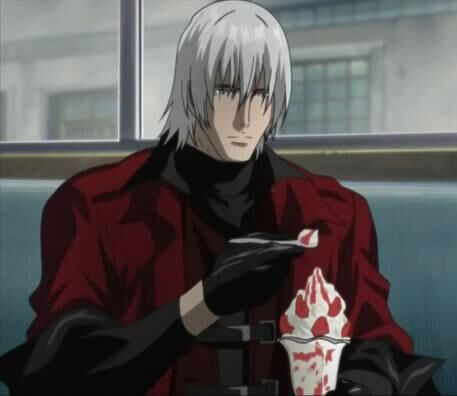 The worst part is that whenever the show builds to a big demon that might make for a cool fight, it either cuts away from the action entirely, or obscures it so the audience can't see. It happens so consistently that, combined with the bookends most episodes have, a lot of episodes just feel the same. If the show won't do good action, and doesn't add much to the story of the characters involved, and doesn't add characters with anything interesting going on, what's the point of it? The show is boring and disappointing, with few highlights.

Lacking a proper rating system, I'll just take the one from the games: DMC The Animated Series gets a D ranking. I can't recommend this, only a few episodes have interesting plot elements, and that's undermined by how poorly they're done. If you already like the games, this isn't going to add anything you didn't already get from playing DMC5. There's a reason this is alongside DMC2 in being just skipped over by most.